It was definitely worth the investment 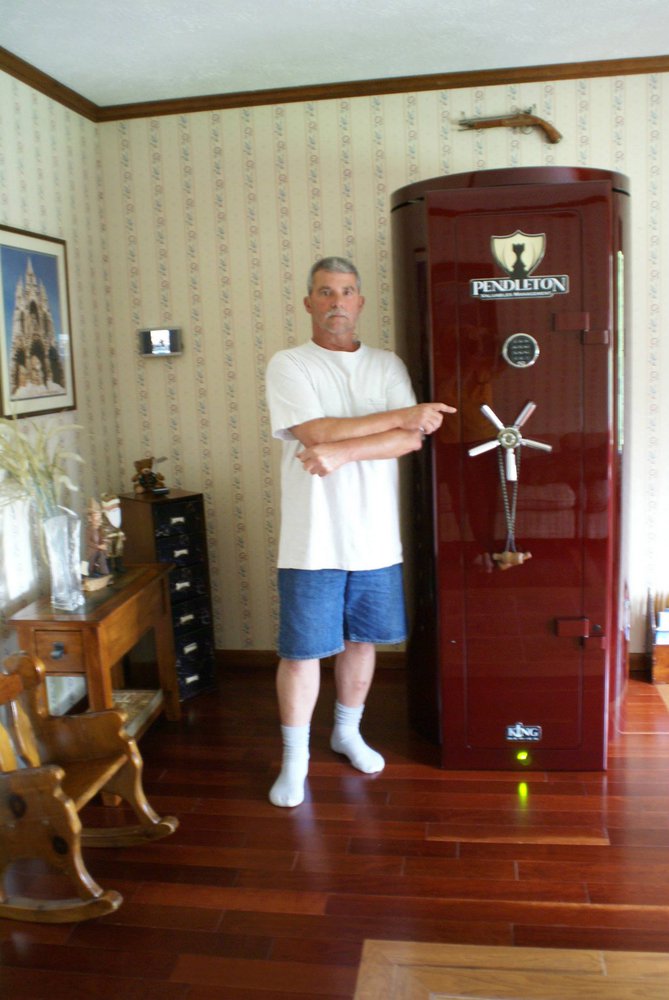 "When we un-wrapped the safe, we were shocked at the extraordinary quality of the paint and overall appearance. More so, when we opened the safe, I was awed at the quality construction of the internals."

I first read about the Pendleton Safe’s unique design in one of my periodicals. I was intrigued by the design of the internal rotation and the fact that the interior could be custom built for my own needs. Initially, I thought the quality of the safe was good, but found out upon delivery that it was beyond being called just a “gun safe”, it was actually a work of art! I was also impressed that Bruce Pendleton and Honey were honed in on my specific needs for the safe. I spoke with Bruce at length on what I wanted for proper gun storage and he came through. I bought the King model, as I liked some of the extra features it came with. Since this was a fairly large investment, I brought this up to my better half and she was so impressed with the “look” of the safe that she stated it should be showcased in the living room. I let her pick the color (burgundy) since she is the appointed interior decorator! (Hint guys!!)

When the safe arrived, we had a question and Bruce immediately got on the phone and answered it for me. He took so much pride in his “build” that he pleaded with me to be careful with the paint since it was so special and high-end. When we un-wrapped the safe, we were shocked at the extraordinary quality of the paint and overall appearance. More so, when we opened the safe, I was awed at the quality construction of the internals. No skimping here. The lighting is fantastic, as is the simplicity of the gun organization system. The interior paint was not neglected by Pendleton, it is a very high quality paint and reflects with the interior diode lighting perfectly to see every detail of the contents.

The safe looks beautiful in our home and is as practical as I think a safe could ever be. It was definitely worth the investment. Thanks to the Pendleton Team for a unique and super-quality product, we love it!